It is funny how we didn’t really have a plan on what other cities we wanted to visit near Vienna. But somehow the right places found their way onto our calendar! Verona, Italy is one of those cities. Chris and I looked up Verona online and we decided it would be a perfect fit for our first Italian city to visit.

We really lucked out when we found an apartment right next to the Castelvecchio Bridge! The bridge, most likely built in 1354-1356, granted Cangrande II della Scala a safe escape from his castle. The bridge was destroyed in 1945 by the retreating German troops but it was rebuilt.

I was excited to see love locks on the bridge: 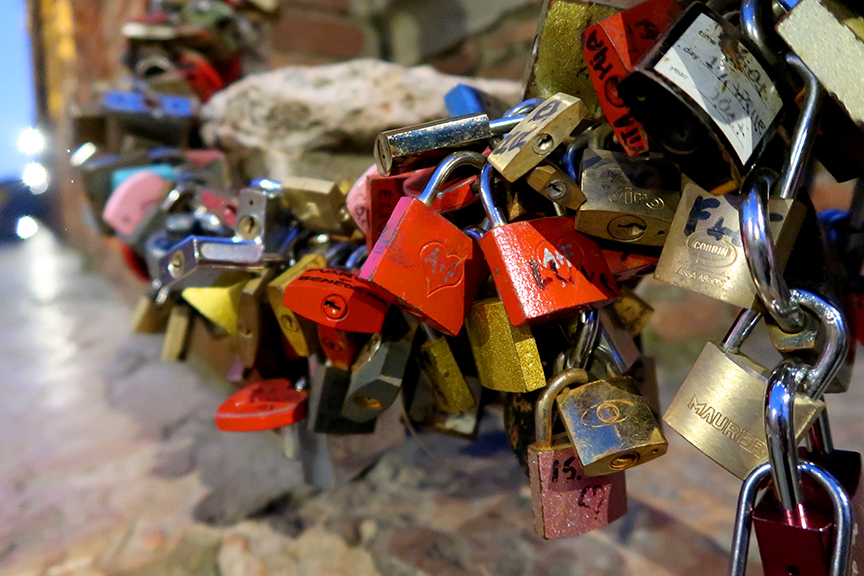 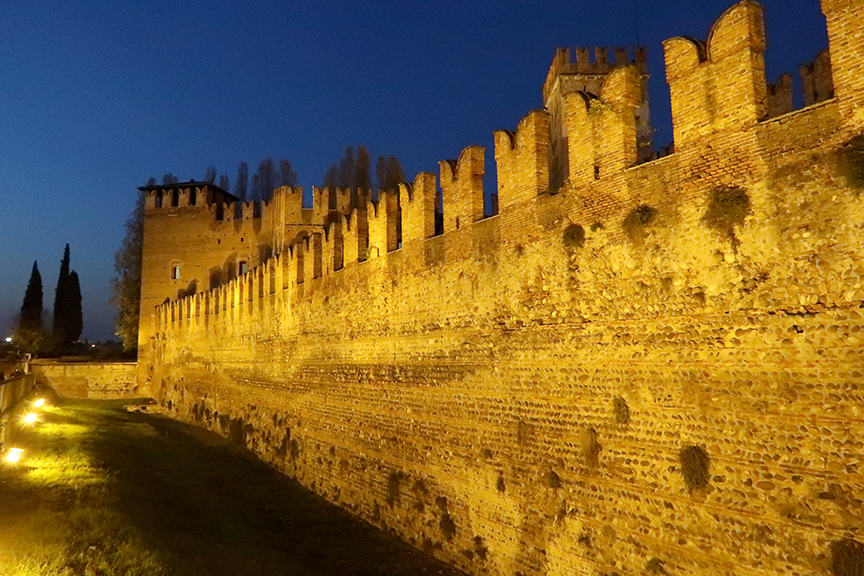 Our apartment building, overlooking the Castelvecchio Bridge and the Adige River: 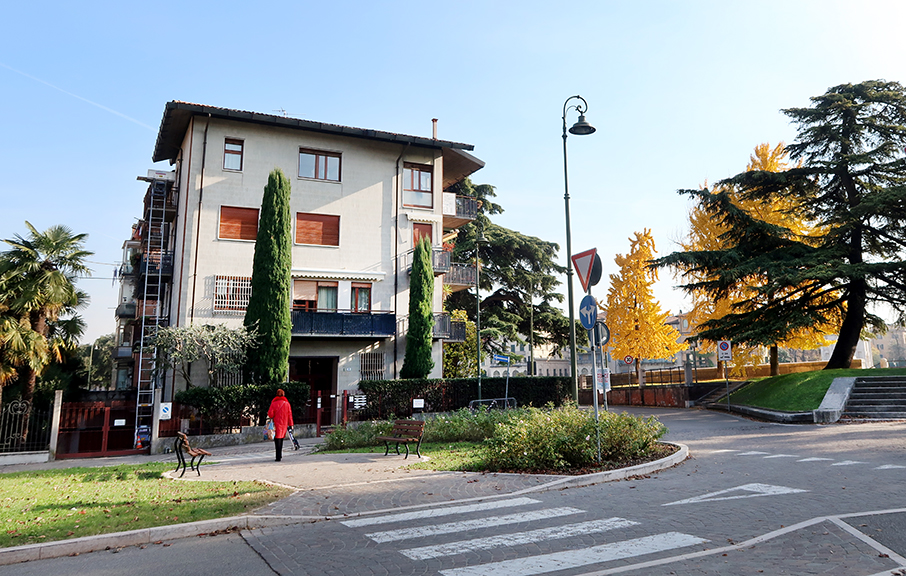 There were Maidenhair trees right by our place that were turning yellow and they were so beautiful! We had those all over Georgetown, DC, too. But we did learn you have to watch out for those stinky Ginkgo berries and nuts! They squish under your shoes and wow they smell funky! *And as a side note, we had some Ginkgo nuts at a Japanese restaurant for our anniversary one year in DuPont Circle. The nuts are a delicacy and they are pretty complex to prepare and cook.

Chris was a good sport about my sudden need to take a million photos every time I saw the trees in the right light (which was often!). 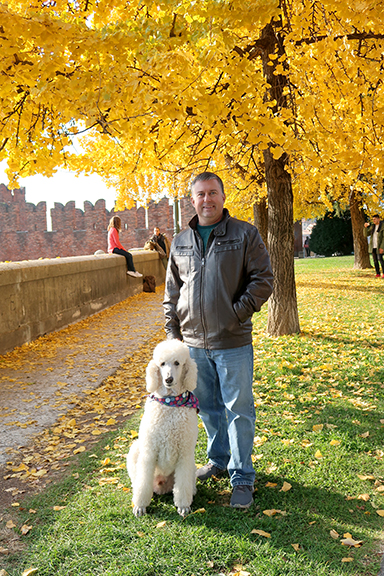 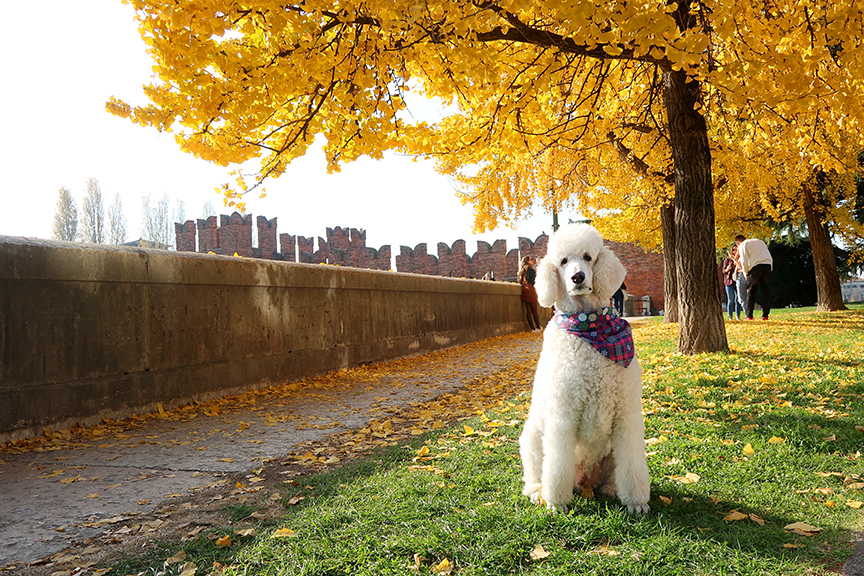 Verona has a lot to see, including an ancient amphitheater (called the Arena) that was built by the Romans. It also has the old Roman bridge called the Ponte di Pietra (also destroyed by those retreating Germans in 1945 and rebuilt). 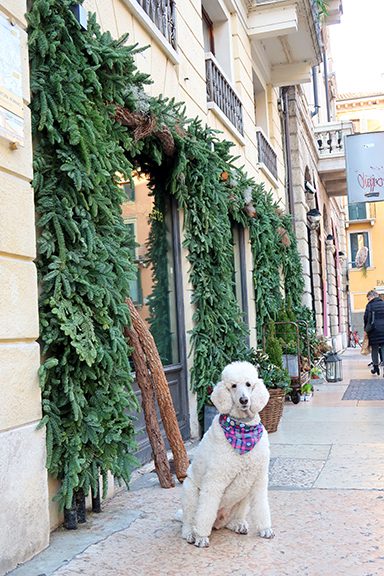 We walked up the street and narrow walkways to the Castel San Pietro: 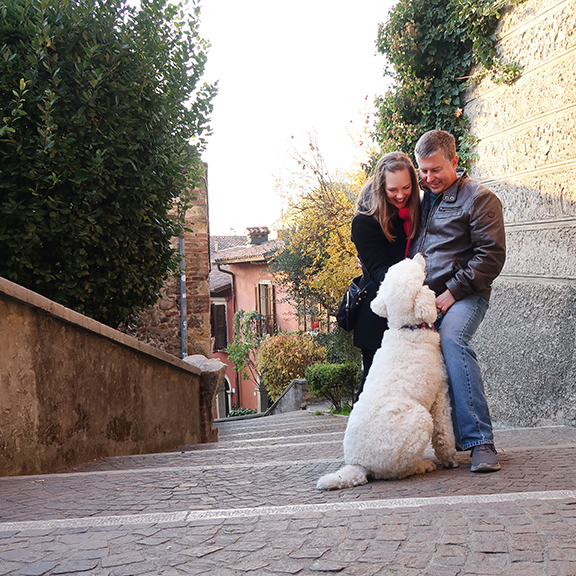 And at the top you have a bird’s eye view of Verona: 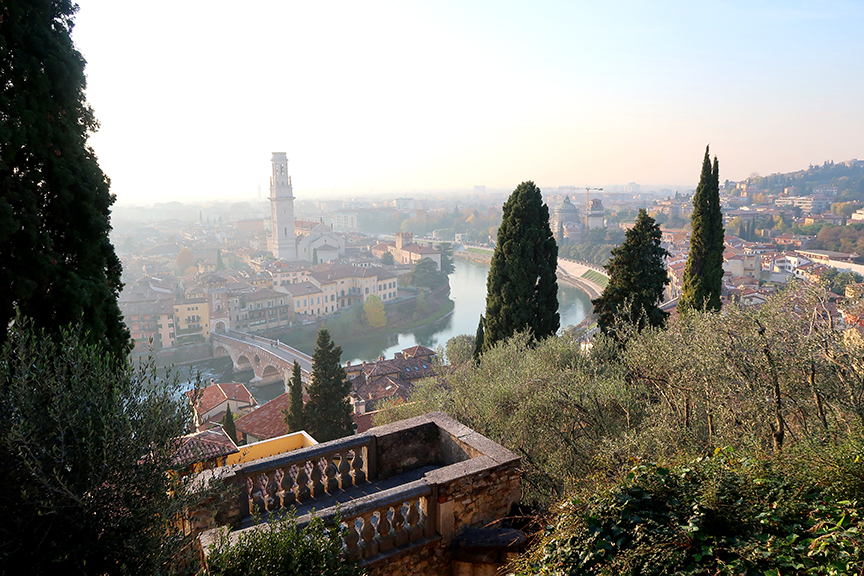 There are picnic areas at the top. And if you don’t want to walk up to the top there is a cable car. 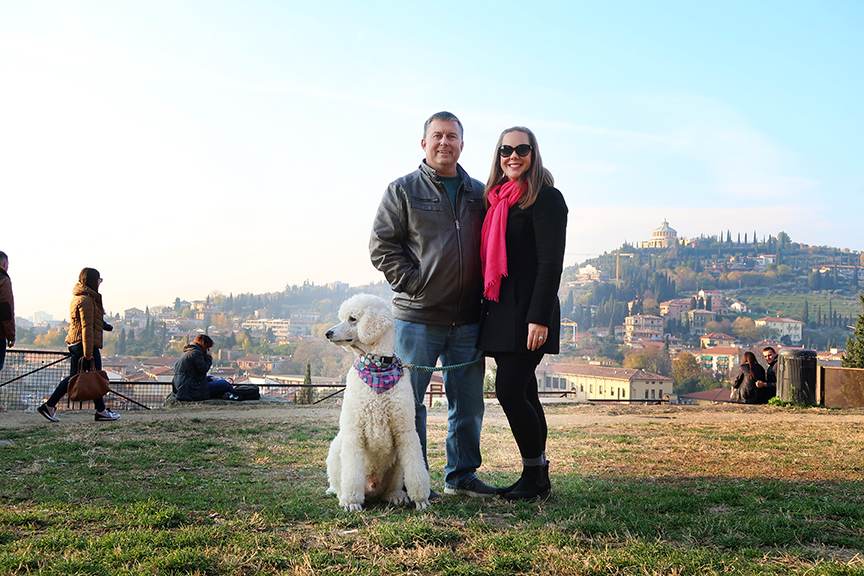 More photos at the Ginkgo Trees: 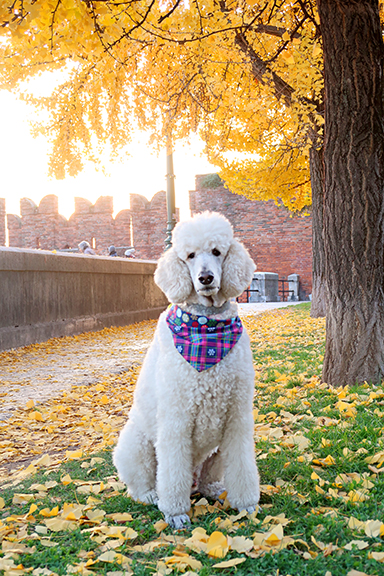 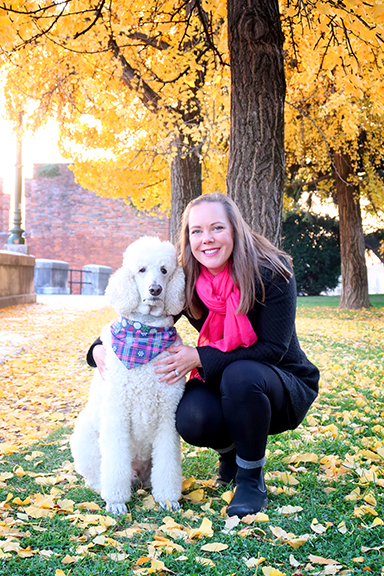 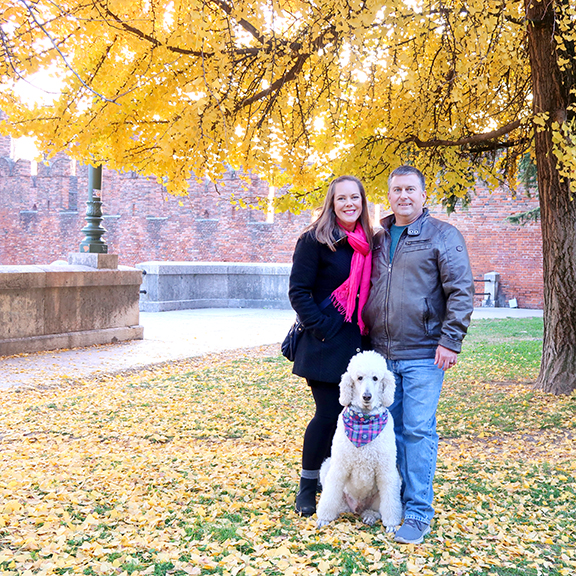