We posted in the past about James getting groomed in Vienna, Austria. And one thing we forgot to think about – people like to get their dogs groomed in time for Christmas! So we tried to get an appointment with Margit again and nothing was available. Then we tried another groomer near our flat and she laughed at us and said, “I don’t have anything until the end of January!” Oh no. We were starting to think we were in trouble!

So we did what we had to do – we gave James a bath. We hated to do it but James needed cleaned. He was a dirty, stinky Poodle!!!

And then we found a grooming shop in the 7th district called Hundesalon Hot Dog. We walked by and decided to ask if by any chance if they had an appointment before Christmas. The groomer, TÃ¼nde, said she was fully booked. She asked us what kind of dog we had and we said we had a Standard Poodle and then I showed her a video of James. She got excited and told us to wait a minute while she made a phone call. She was calling for backup to see if she could still groom James!

It turns out, TÃ¼nde has a Standard Poodle named Damon! She loves grooming Poodles and she does grooming competitions for Poodles.

We were so happy that TÃ¼nde was able to squeeze James in for an appointment! We shopped and got some dinner while we were in the area but we kept going back past the salon to watch James. We usually don’t get to see him groomed so it was a treat to keep peeking in and seeing how he was behaving. He is a good Poodle and just stands perfectly still while he gets bathed and brushed and scissored.

Once TÃ¼nde got to the scissoring part of grooming James, a lot of people that were walking past her shop stopped to watch! We were watching from across the street but it was fun to see James and TÃ¼nde get some attention. James really looked like a show dog when TÃ¼nde was finished! 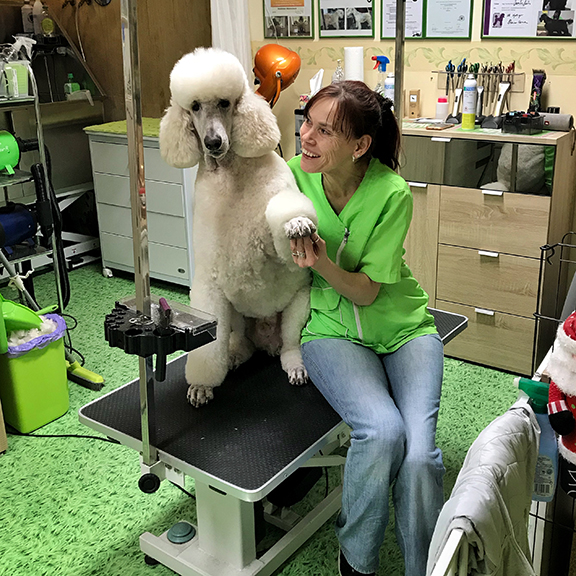 I was so excited to meet Damon – he was such a sweet Poodle! 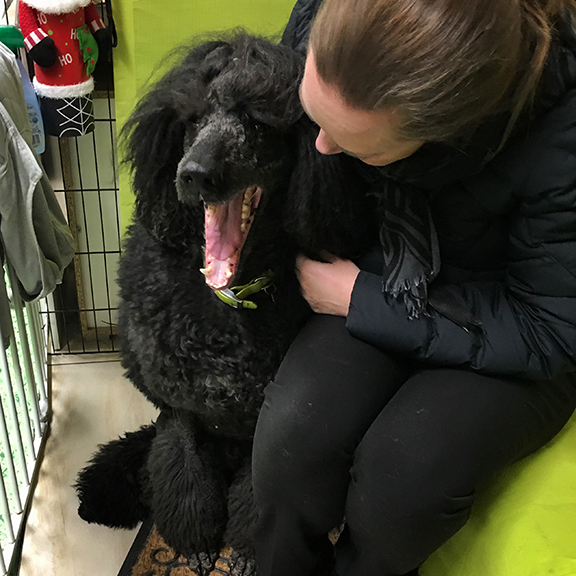 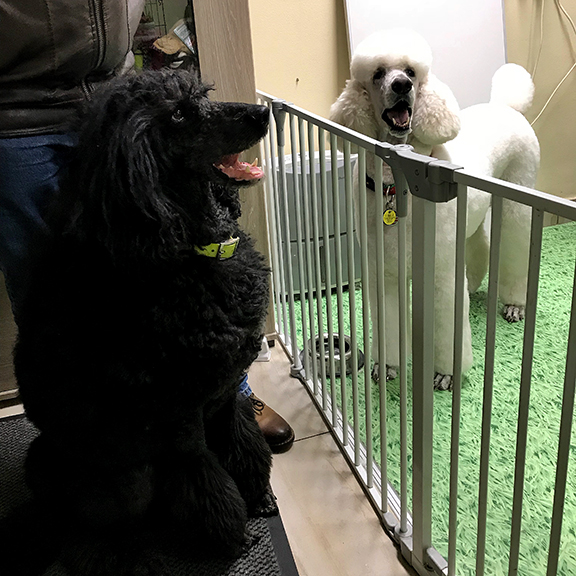 1 thought on “Poodle Groomer in Vienna”