So back to the topic of bad business decisions. I know you were wishing for a longer post last time but as it turns out we should have plenty to talk about from time to time just because people make bad decisions.

This most recent one though has me baffled, and I’m wondering if there was a bad translation somewhere that resulted in a failed attempt to attract English speaking customers. 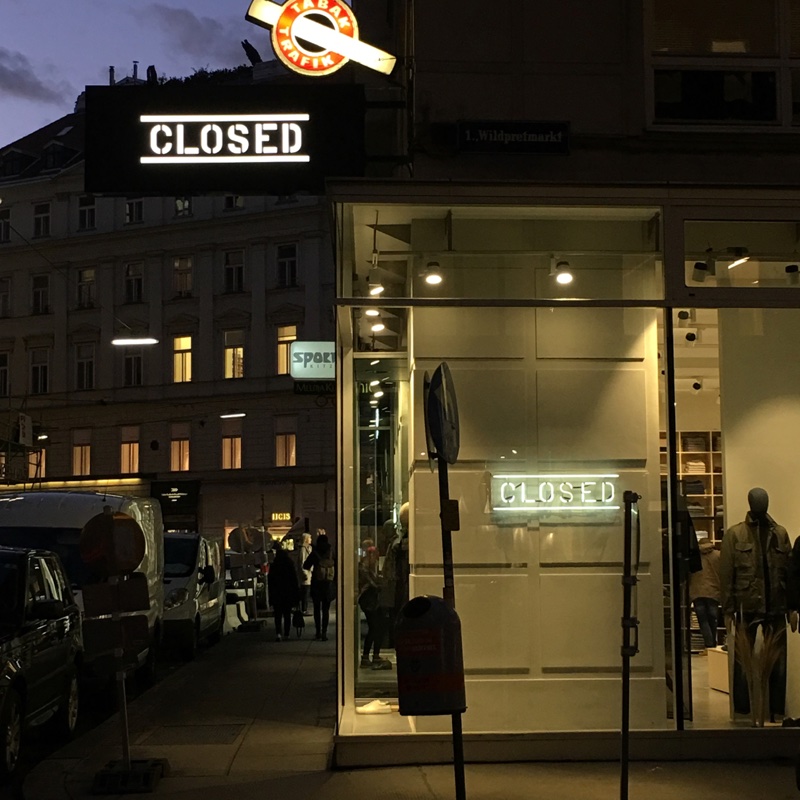 Do you think they meant, “Clothed”? I know you’ve noticed that people, Millenials specifically, like to label things with words that represent the top level description of the “thing”. You may have seen someone with letters on the wall of their kitchen that spell out “EAT”, or letters over their bar (because Millenials build bars in their houses) that spell out “DRINK”. The living room says, “LIVE”. You get the idea. You may have even seen this on restaurant menus as well. It’s their ‘taxonomy’, because they also like to use obscure words that are technically correctly used but done in a way to make you feel like your vocabulary isn’t as good as theirs.

*Putting this discussion on pause for a second, I am not trying to be mean and pick on Millenials. But they TOTALLY do all of this stuff and it’s hilarious to me! So put away your “bully” pitch forks and try to stay on topic with me here…

So let’s get back to this store. It really is named “CLOSED” and I can’t for the life of me understand who would think that was a good name for a store. When I took this photo they were in fact, closed. And being that they were “CLOSED” and closed at the same time it was doubly funny.

Can you imagine walking into this store and having someone say, “Welcome to CLOSED”. You may not expect someone to be talking to you so you might think that they just told you they are closed and you might leave. They can’t answer the phone if you were to call, because then you’d just ask for their hours.

It has to be that they meant “Clothed” and between the translation and the pronunciation someone along the way messed up and the owner just went with it because, well … that’s where it falls apart for me.

I don’t know where else to go with this one. If you have any theories feel free to post them in the comments.