Not too long ago, June 28, 1914 to be exact there was an assassination that threw the world into the first World War. Assassination of Archduke Franz Ferdinand of Austria. Recently I visited the Army Museum in Vienna Austria (The Heeresgeschichtliches Museum), you are welcome for the translation :), which features an exhibit on the assassination. At first I was not sure what I was looking at, mostly because all of the signage is in German but also because the previous room was a display of weapons and uniforms and this room simply held an old car, a uniform in a glass case and a map. 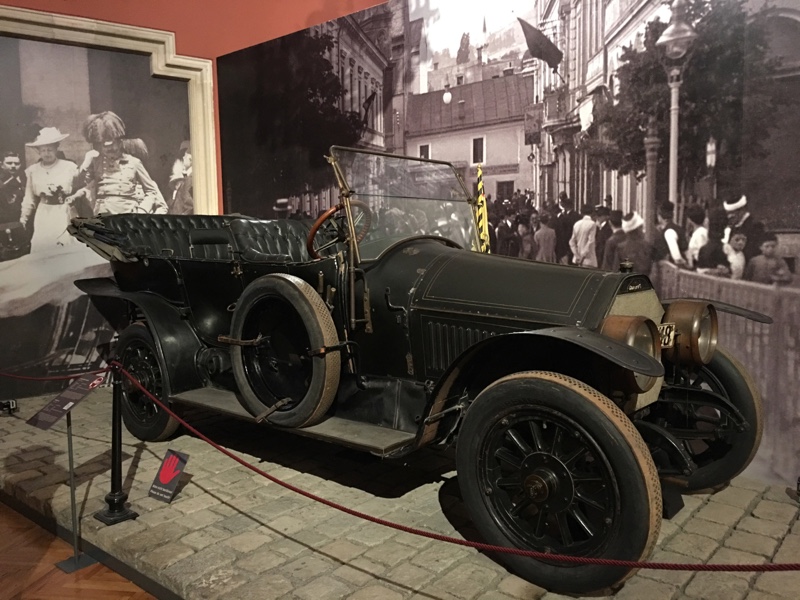 If you look closely above the rear tire just below the lip of the metal of the side of the car you will see the bullet hole from one of the shots. Of course once I noticed this I began to look a little more closely at the rest of the display.

This was the display covering the assassination of Franz Ferdinand. That is when this simple display began to make sense and I then realized, first of all, that traveling in a convertible following an assassination attempt was probably not the best decision.

If you know your history you will remember that on their way into town someone in the crowd threw a grenade at this car, but the grenade bounced off and instead exploded just in front of the car which was following them. After arriving at the Rathaus (Town Hall) they decided to visit the injured from the grenade blast and headed back out.

Then I started studying the map which is luckily in both English and German. 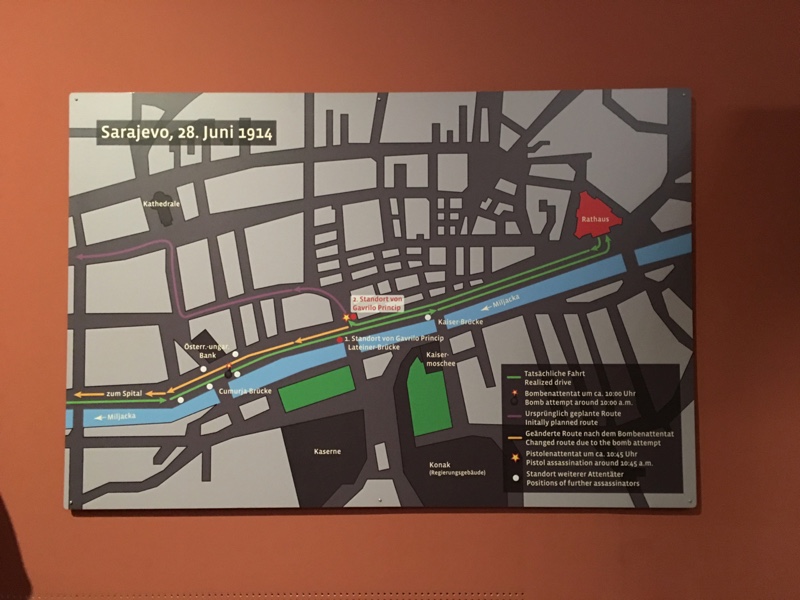 You have probably just realized the same thing that I did, there was a grenade thrown at the car on their way in, and their plan was to go back out (in the convertible) taking the same path. Now I know that none of us are Military Strategists but do you think you could pick a better route?

The exhibit was pretty good, they had a video playing with photographs from the day and the uniform was the one that Franz Ferdinand was wearing when he was assassinated. Creepy but very well displayed. I didn’t spend much time in the remainder of the museum, just enough to see the first floor and wonder how much of that NAZI stuff would not be there if someone had looked at a map back in 1914.

But after all we are looking at this information more than 100 years later. Maybe our common sense has simply evolved.