Around the city of Vienna there are a few scattered remains of World War Two and the Cold War that you can’t help but notice. The many socialist sculptures depicting working people and the few enormous Flack Towers that are still standing among the ordinary neighborhoods. Just to show you what these things look like, this is one that would have served as a radar tower and currently stands abandoned in the Augarten (home of the Vienna Boys’ Choir). 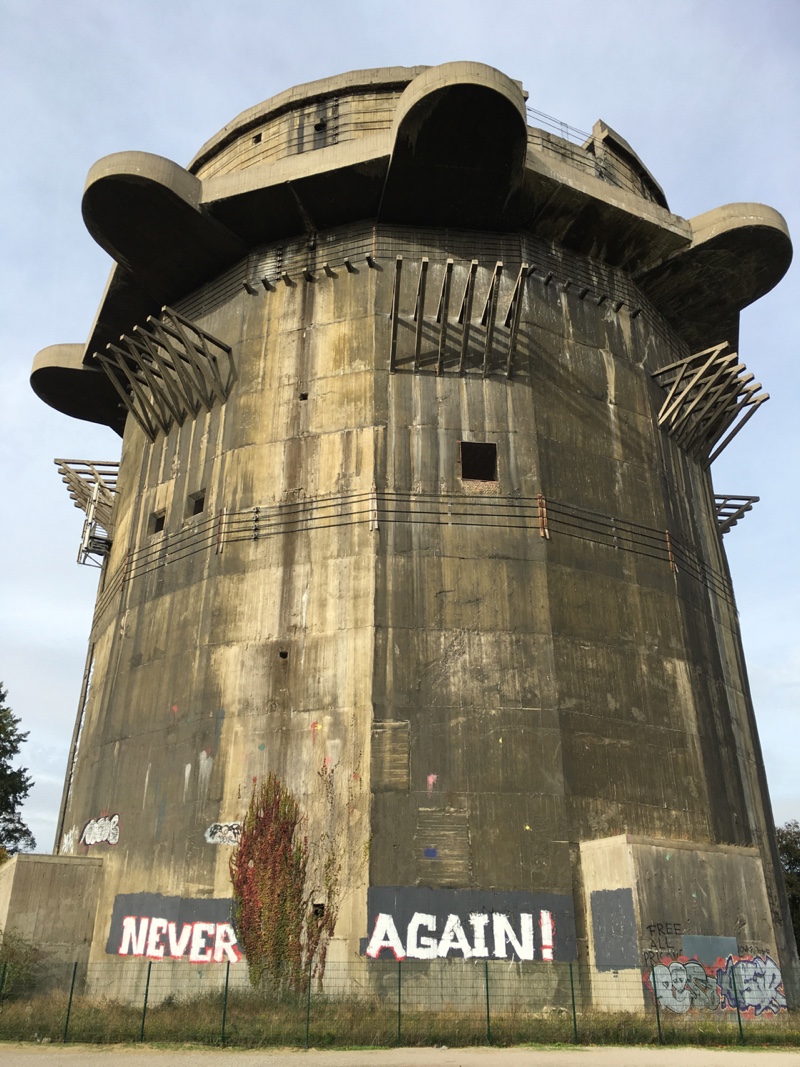 The cables wrapped around the tower are keeping pieces from falling off of it because this one is in bad shape. (As a side note, I thought this photo was fun because it has been graffitied with “Never Again” which is the slogan for the US Holocaust Memorial Museum in DC. Hello to my friends at the museum!)

But what do you do with these things long after the war is over? The concrete walls are as much as 10 feet thick and they are packed with steel and rebar, pretty much indestructible for their era. Well one really awesome idea was to turn one of these things into an Aquarium!

The Haus des Meeres (House of the Sea) is just one block off of Mariahilfer StraÃŸe which is the trendy (mostly pedestrian) shopping area of town. This tower would have been one of the ones used for actually shooting flack. So the contrast of the peaceful sea creatures is very interesting. 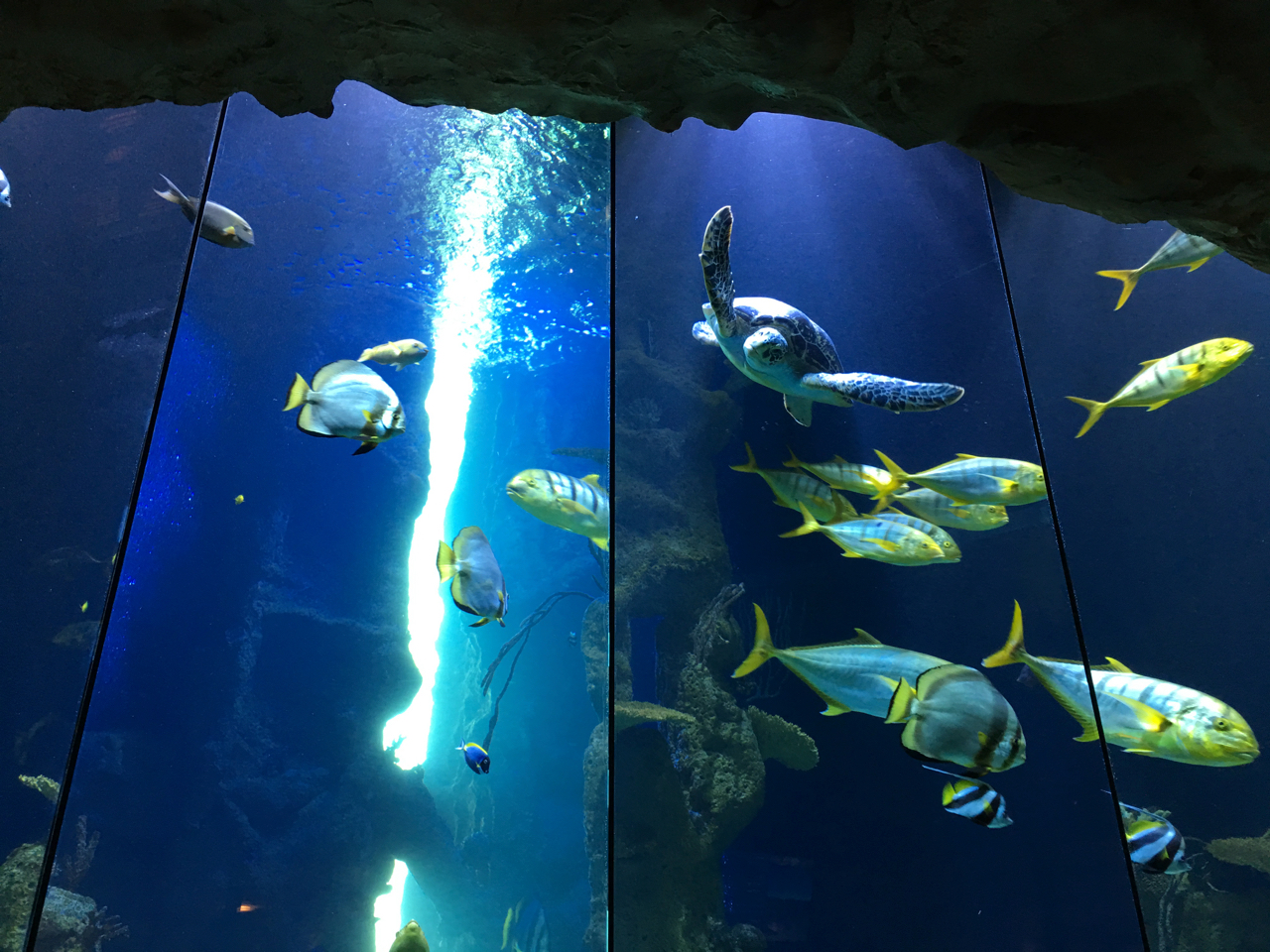 Everything in here is loose, the birds the monkeys and even the bats that you probably didn’t notice at the very beginning of the video, hanging in that dark area under the wooden deck.

There are rooms with spiders and snakes and even a tank where you can stick your hand for the fish to nibble at you. 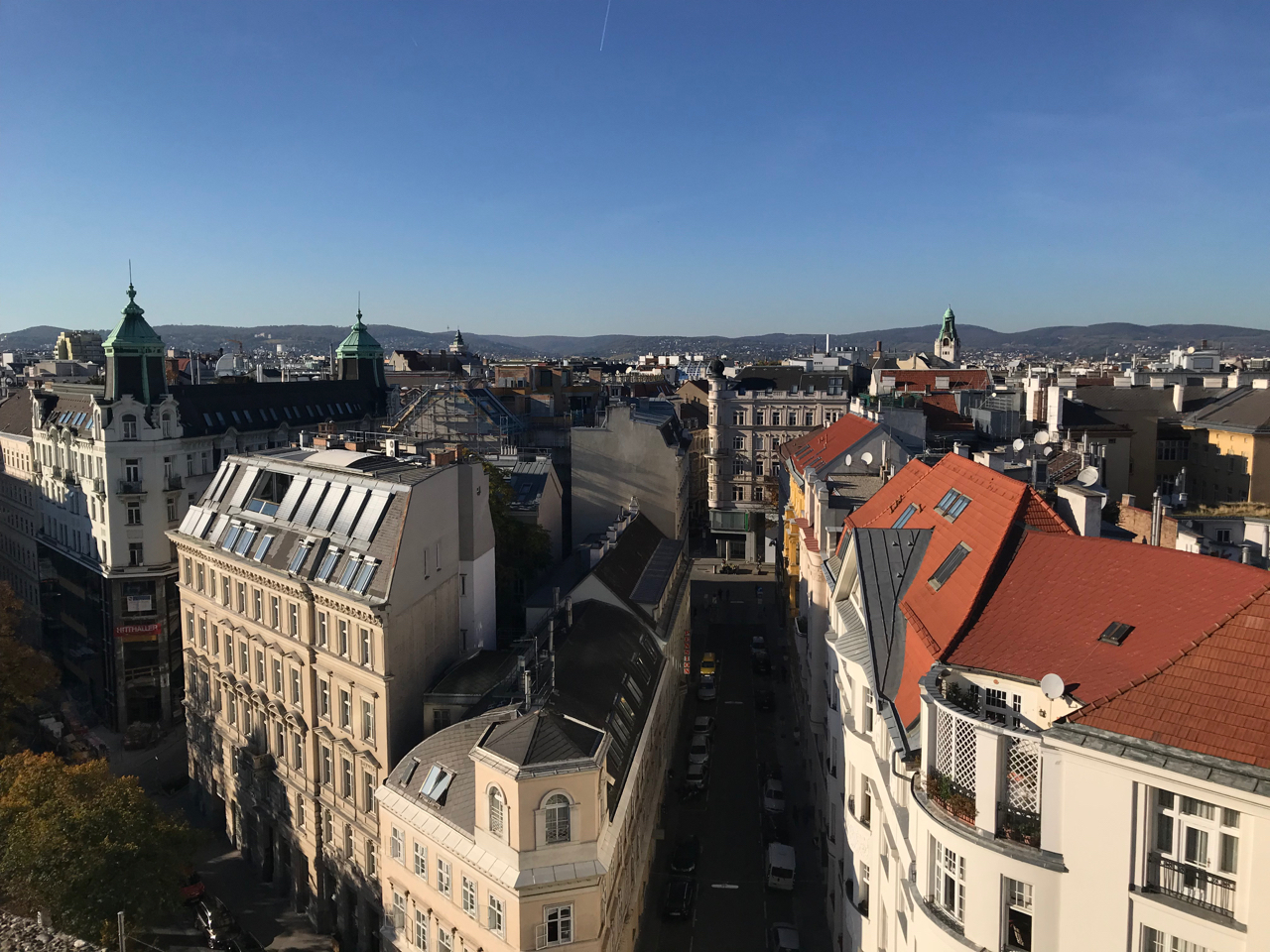 There is a restaurant on top of the tower as well as a separate history tour of the tower that takes you to other parts that remain unchanged in the renovation. There are a TON of stairs in this thing but luckily there is also an elevator so you don’t have to worry about being able to see every floor.