I first saw Joshua Bell at the University of North Florida in 1994. I remember sitting so close I could see the strings on his bow shred as he played. I really enjoyed watching him and of course listening to him play. I have since been to several of his concerts. And I have posted about him here on OBA before when he played in the L’Enfant Metro station in DC and hardly anyone noticed him and when he happened to sit down at table next to mine at a restaurant in Las Vegas.

When we arrived in Vienna I told Chris I wanted to see a performance at the Wiener Konzerthaus. They have some limited view seats for as little as â‚¬7 and I decided I could go even if just to hear the beautiful music. I pulled up the website and glanced at the calendar for the next 10 days or so. I figured I could just walk up the day I decided to go and listen.

Well on Sunday night we were getting ready for bed and I was looking at what windows I had open in Safari on my laptop. I saw the Wiener Konzerthaus one and looked to see what was going on this week. There it was: Joshua Bell. Tonight. And â€œthis event has already taken place.â€ Arghhhhhhh!!!!! But there it was again – another concert Monday night! The crazy thing – there were plenty of seats still available. This was definitely meant to be for me to attend this performance! I have tried to buy tickets to other Joshua Bell performances that were sold out.

On Monday afternoon I bought my tickets: 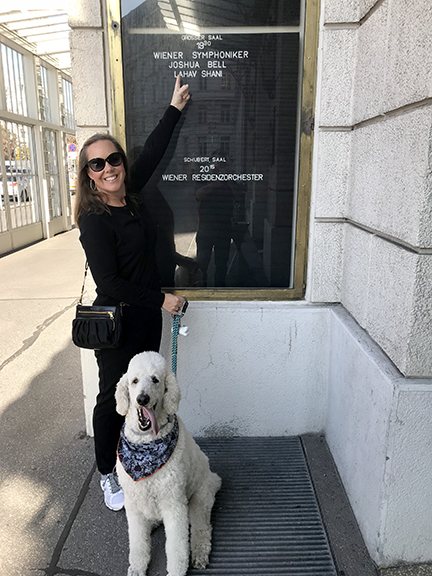 Chris didn’t want to go – he has been with me to other classical music performances. He will go with me if I ask him to but he knows I don’t mind going alone.

I had been wearing black slacks and a black shirt with white tennis shoes all day. I looked â€œokayâ€ but I wasn’t really dressed up by any stretch. I was thinking of staying in that outfit for comfort even though the walk to and from the StraÃŸenbahn was only 10 minutes total. But then I decided I wanted to get dressed up. This was the Wiener Konzerhaus and Vienna after all! So I put on a dress, tights and heels. I wish I would have told Chris to take my photo.

The Vienna Symphony opened the performance with Sergei Profkofiev’s Symphony No. 1 in D Major (Op. 25). Wow. I was just so happy to be IN VIENNA listening to this amazing performance! I was looking at the musicians one at a time thinking – this must be a dream for them to be living in Vienna and performing with the Vienna Symphony. Did I say WOW yet?!?!

This was classical music lovers Heaven. NO ONE clapped between movements. No one. I have only been to a handful of classical music performances where this happened. It was so awesome!

The conductor was Lahav Shani: 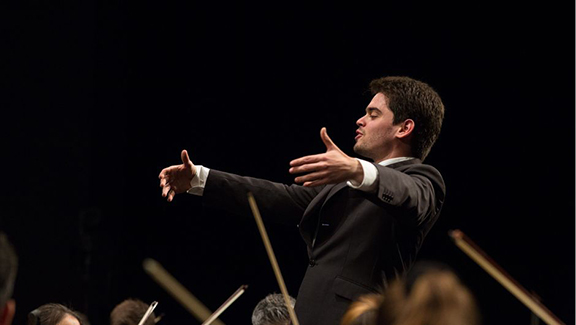 When that piece ended, some of the chairs were moved back for Joshua Bell to have a spot. And then it was time for the Violin Concerto in D minor, Op. 47 by Jean Sibelius. Joshua looks exactly the same every time I see him – tall and young and hair that flies when he plays. He doesn’t age. The audience was SO excited for Josh – you could feel the energy! And when he was finished the audience kept clapping and clapping – Josh left the stage 4 times and the the â€œBravo!â€ yells just kept getting louder. 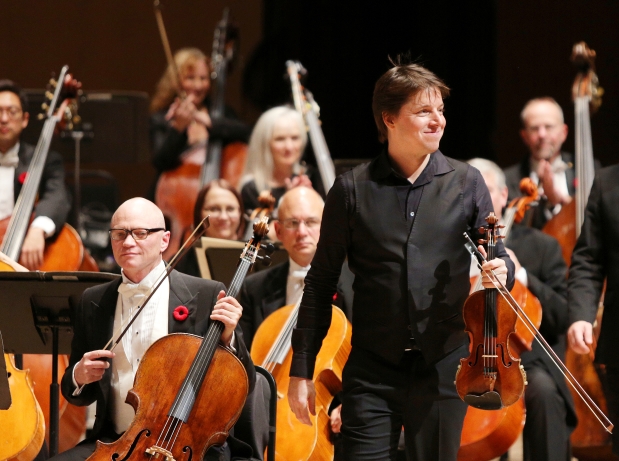 Joshua came back on stage again and spoke to the crowd for a few seconds and then played a final Bach piece.

At intermission I enjoyed walked around and people watching. They were selling champagne, cappuccino, espresso and cough drops. Yes, cough drops!! Did I mention classical music is serious stuff here in Vienna?!?! I didn’t go downstairs to get an autograph from Josh. But that is okay – I’ve done it before and now that I have downsized so much of my stuff I would prefer to just have the experiences in my mind.

We weren’t allowed to take pictures during the performance but here is the Wiener Symphoniker after their final performance of Mozart’s Symphony No. 40 in G minor K.550: 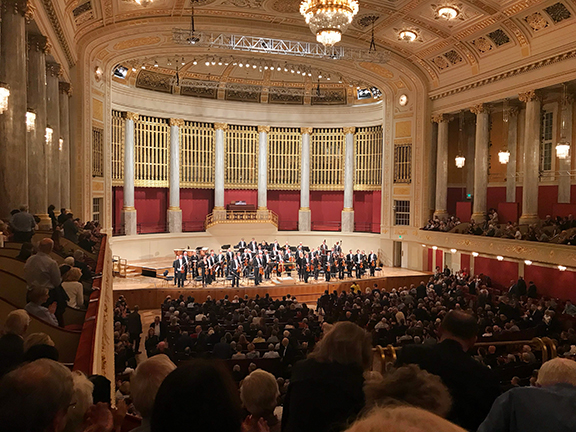 And a selfie at the very end: 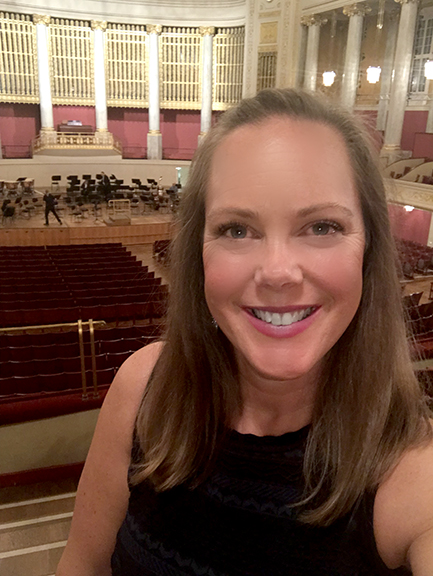 And if you didn’t see this in the news this summer, this is what James would have done if he would have been welcome at the Wiener Konzerthaus. Actually, James would have relaxed back and kicked out his feet bumping into some music stands:

That was the Vienna Chamber Orchestra playing in Ephesus, Turkey in June 2017.