We wanted to try some new restaurants during Orlando’s restaurant week. One with a good looking menu was Funky Monkey over on Mills. We decided to try it – but when we arrived, they asked if we were there for the show. No, but what is the show? Turns out, it was a drag show! It was a prix fixe menu with a wine pairing. The food was good, but the show was crazy! It was so funny to watch – especially the part where one guy went outside and was dancing in the middle of Mills – cars were honking and stopping to ask what was going on. It was a good laugh! I was a bit disappointed they didn’t have their regular menu – there were a few things on it I wanted to try. But we will have to go back another night to try the regular menu stuff.

Self portrait before the drag show started: 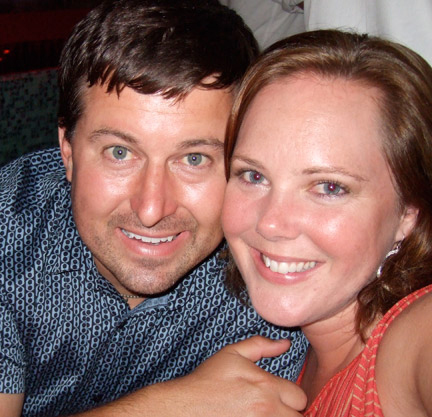 One of the shows stars with Chris: 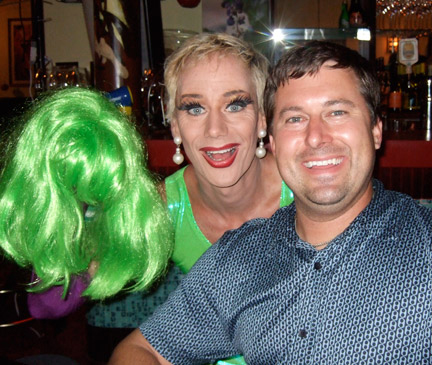 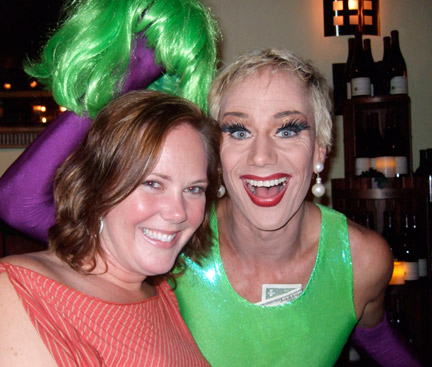 This area of Mills is known for drag shows and I wasn’t really surprised that this is what we stumbled on that night. But I could see where it would REALLY surprise someone else!