Since my recent love of lychee martinis and then the new Pom juice with lychee and green tea, I have wondered what a lychee looks like. We were at Whole Foods the other day, and there they were: a carton of lychees! They were pretty pricey – just like figs. But I had to try them. They are actually very good – like a gourmet grape of sorts. I ate the entire crate (Chris helped) but we saved the seeds. We scored them and are soaking them in water. Hopefully we can get them to grow!

I did a little research on Google and found that Florida is the largest producer of lychees in the US. Funny that I’ve never even seen them before last August, and when I ask for them in restaurants and stores around here, people look at me like I am an alien!

Here is a photo of a lychee tree, courtesy of UF: 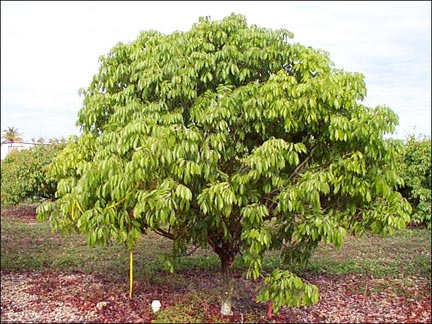 Here is a photo of the ones we ate: 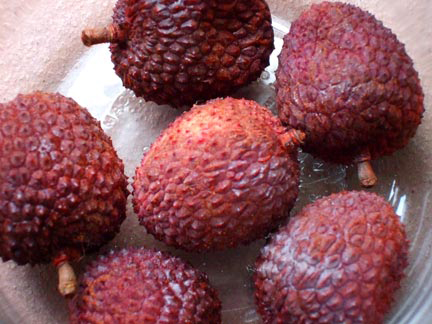 Edited to add: I was at Publix just now and they had lychees, too! So if you don’t have a Whole Foods, try Publix. They only had a few cartons right by the raspberries and figs.

I love YOU! Thank you for being my friend and Hap

Only my nose needs a pillow 🤪