The day got even better for Chris, so I figured I would post again now that we are back home. It was a rainy afternoon here in Orlando, but Chris was ready to get a new car! He has been eyeing the Toyota FJ Cruiser ever since I went and looked at it for me back in Fall 2006. I didn’t want it for me, but as soon as we looked at it back then, I told Chris it was totally his car.

The past few weeks he has been picking out his options and he finally narrowed it down to yellow with a few options. We called a few dealerships but no one seemed to have exactly what he wanted. Since Chris is much more flexible on his car choices than I am, he decided he would just find a dealership with the yellow and four wheel drive and go from there. One dealership had two, so off we went this afternoon. For a moment, I thought Chris might get silver or black. He actually told the sales guy “yes” to the black one but I could tell that he really wanted the yellow, so he told the guy to change it. The only thing the yellow one seemed to be missing was an arm rest for the passenger, but there is a place to add it already there, so we will just order that and add it later.

So Congrats Chris on the new car! I think this is new car #3 for Chris! Wow, he is spoiled! Ha ha – I always say that to him since my FX is my first new car and here he is on #3. But this car rocks! For being a Toyota SUV they are very reasonable on the price and they are so rugged. The inside is all rubber and plastic. I think it looks like a Tonka truck. The dials for the AC are huge like it is a big toy!

Here we are with the new “truck” looking oh so cool! It was a rainy day, but that yellow made it seem so much sunnier and brighter! And say goodbye to the Nissan truck parked behind it. It was well used at almost 140,000 miles! 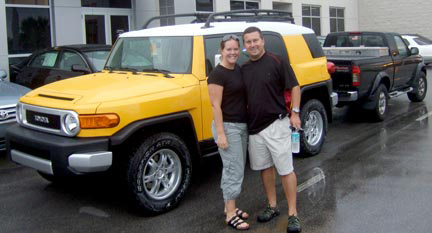 Then we drove the new car to the Swan and Dolphin (Deja Vu much? We did this with my FX on my birthday in January!) and ate at Kimonos. Chris was craving sushi. 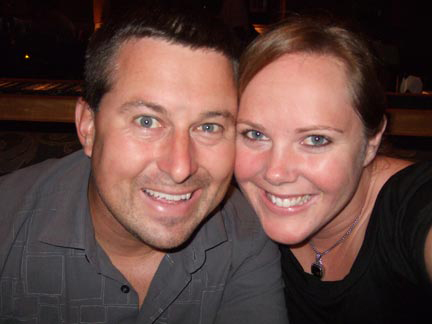 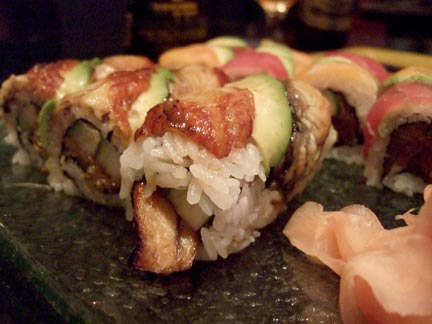 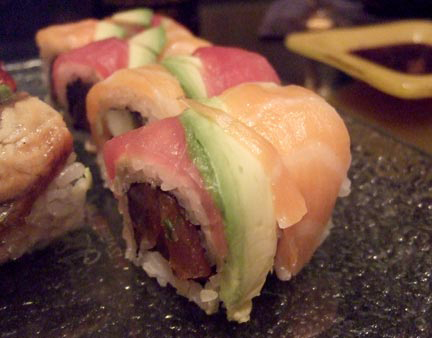 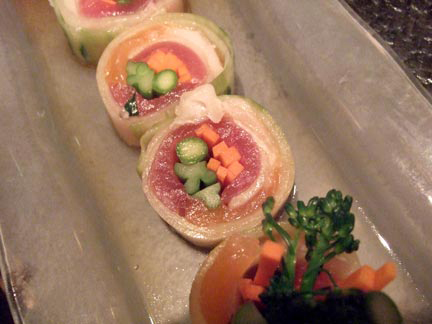 They gave Chris a slice of chocolate cake and he had to go up in front of the small restaurant while we all sang to him and he blew out his candle! 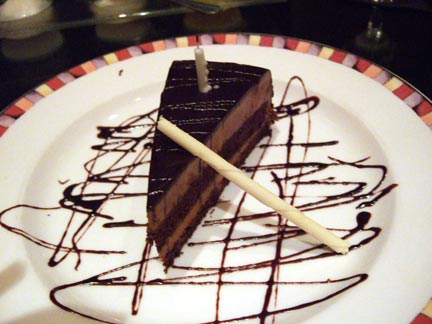 Here is the restaurant from the front door: 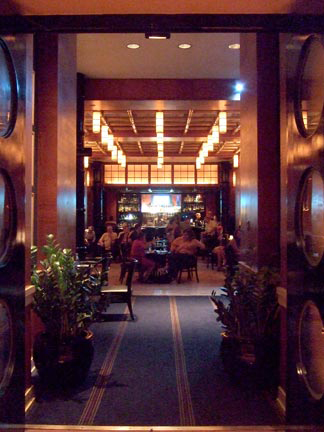