I have two reviews left from our Las Vegas trip back in March and I am finally going to get them done. We are so behind on posting – we still have South Beach and the Bahamas to talk about. But until then, food reviews!

Joel Robuchon is a very nice restaurant at the MGM Grand in Las Vegas. Robuchon is a food god in France. Alongside the main restaurant is L’Atelier, a much less formal and much less expensive part of the restaurant where you sit at the counter watching the open kitchen. Since the formal restaurant was a bit much and a bit out of budget at around $500 per person, we went to L’Atelier one night just for dessert.

We didn’t have reservations, and it was about 9:30pm. We were able to walk right in and sit at the bar. One nice touch – bottled water was included. 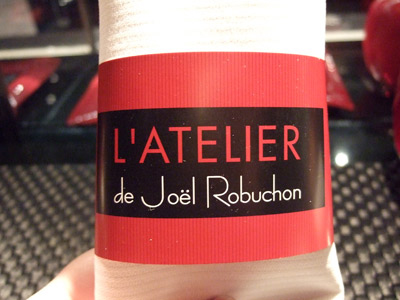 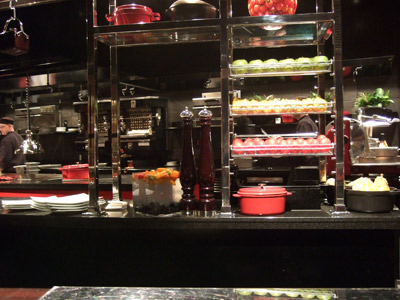 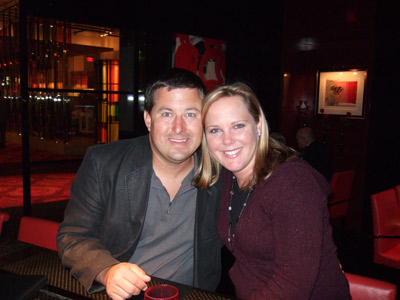 I ordered La Framboise, a fresh raspberry surprise inside white chocolate sphere and yuzu ice creama. It was a white chocolate ball, but the server poured the sauce over the top and it opened right up. Very cool! And tasty! 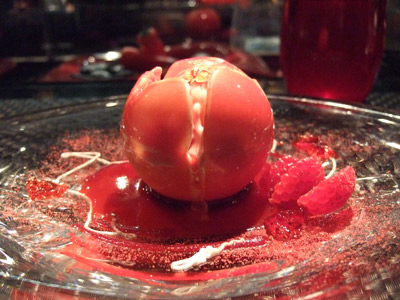 Chris ordered Le Chocolat, a chocolate sensation with crÃ©meux, Araguani and Oreo cookie crumbs. It was to die for! 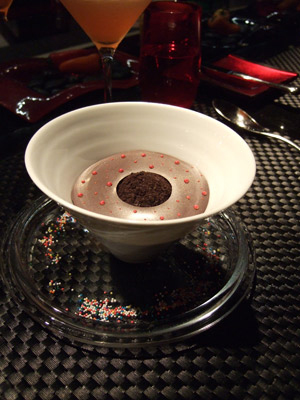 Since it was so good and a great experience, I am sure we will go back next year for dinner. I’ve heard the tasting menu is awesome!