It seems like such a simple thing to walk into a store and buy a bottle of soda water, especially in the US where you can get Canada Dry, San Pellegrino or just the store brand in bottles as large as 2 liters or cans by the case but it was a little more difficult once we hit the ground here in Vienna. The first thing we had to learn was that the brand selection was much smaller and they are not always labeled as “still” or “sparkling” they are more commonly labeled as “ohne”, “mild” and “prickelnd” and the third one is the one that really threw us off. This is the label: 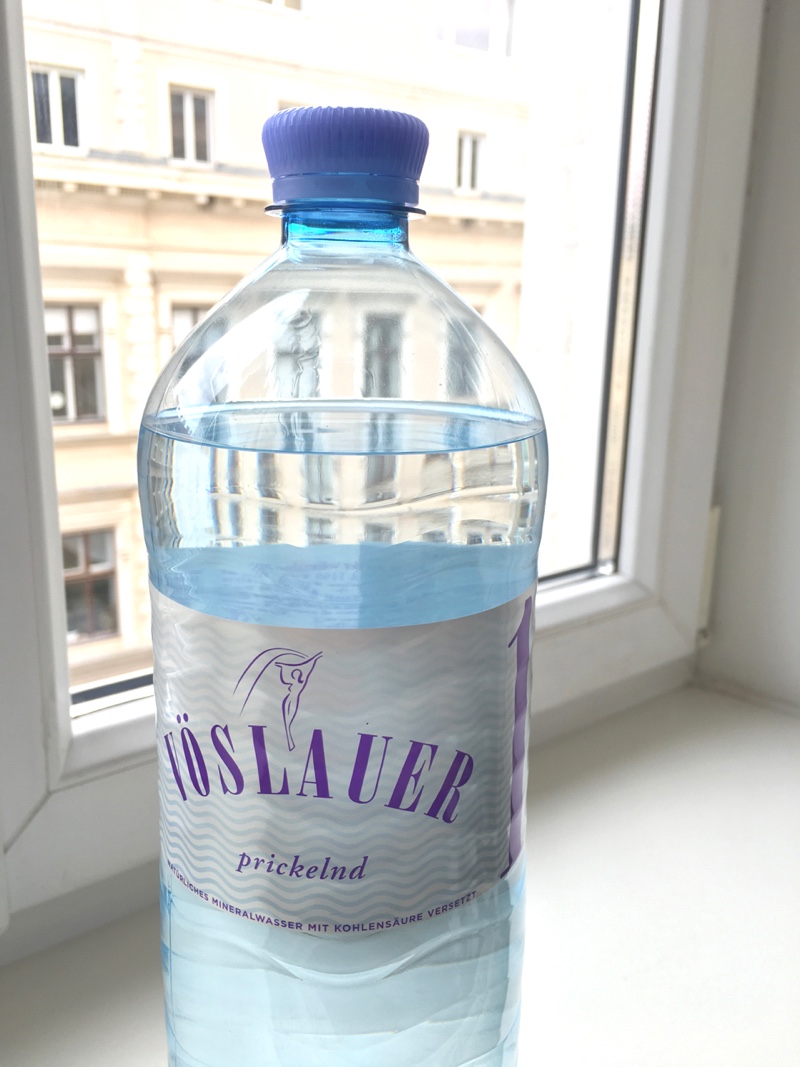 We had to ask on our first trip because we were unsure but if you speak any German you probably know that “ohne” means “without” so that’s the ordinary water. “Mild” is pretty obvious, and we still aren’t sure where the word “prickelnd” comes from but it is basically more gassy than the “mild” so maybe it’s because it tastes “prickly”?

But then on this trip we discovered something new thanks to our friends Ingo and Ina. There is a “superprickelnd” which is even more fizzy! 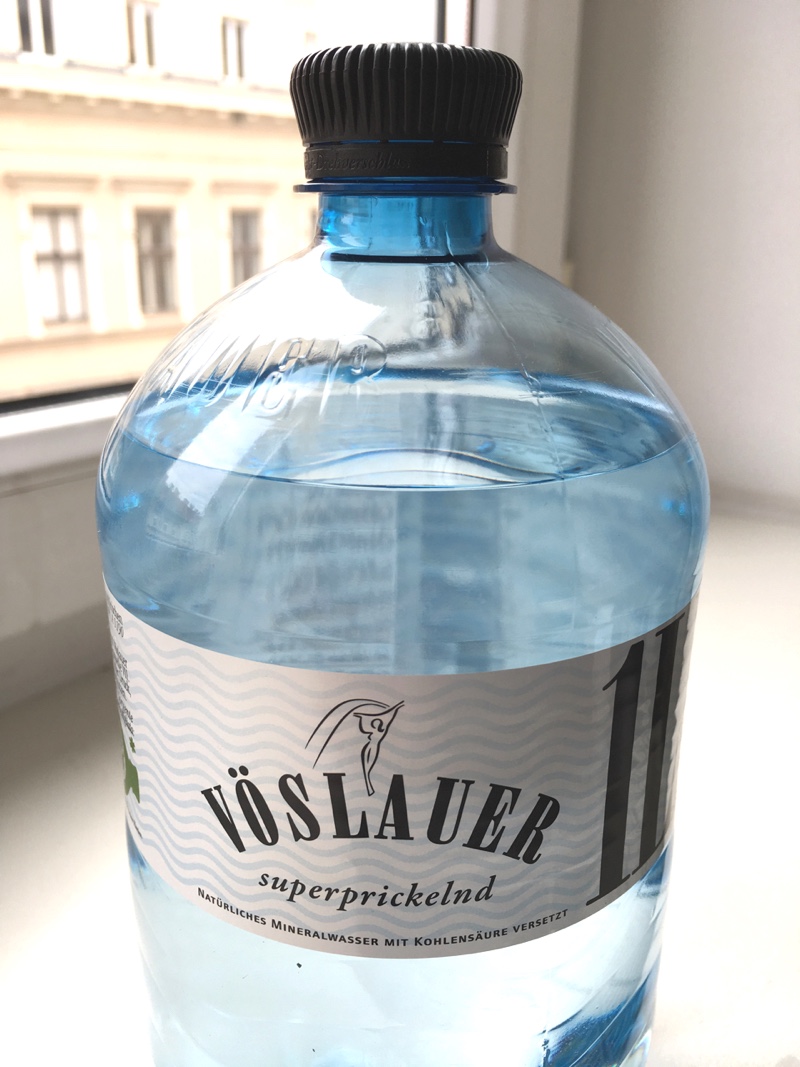 I’m not really sure why you would buy the “ohne” because the tap water here in Vienna is piped straight from the mountains and they even use the water pressure (due to gravity) to generate electricity. Straight out of the tap, and the many fountains around the city, you can basically get high quality drinking water free of charge. Ingo told me, “It’s like flushing your toilet with Perrier.”

I’m not planning on going further with that analogy but it was certainly funny enough to share.