A few weeks ago I decided that I wanted to have biscuits and gravy for breakfast but I really didn’t want to try to find it in DC because the restaurants here never seem to get things like this right. As it turns out it’s a very simple thing to make at home and I think I have a version that is pretty hard to beat.

My first attempt was based entirely on the recipe from the food network: //www.foodnetwork.com/recipes/sausage-gravy.html but I’ve since found a variation that is much better.

That should be enough back story for you, so let’s get to it. First add 1/3 of a cup of flower to the pot and 3 cups of milk. 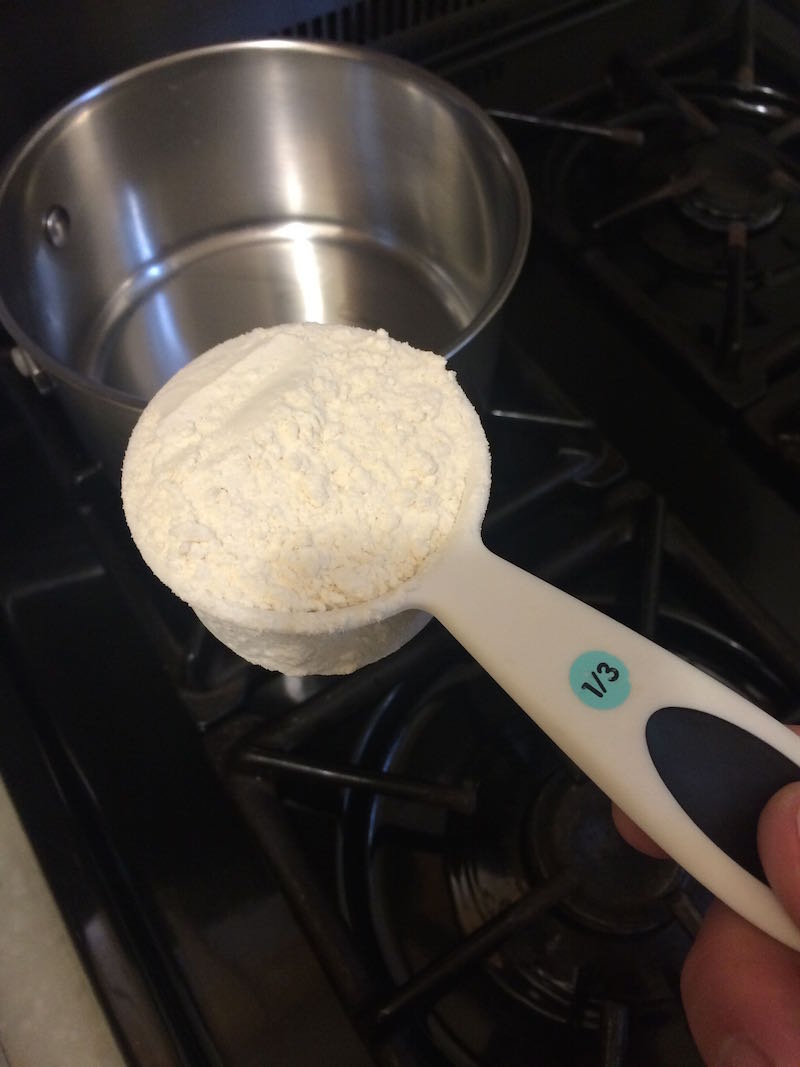 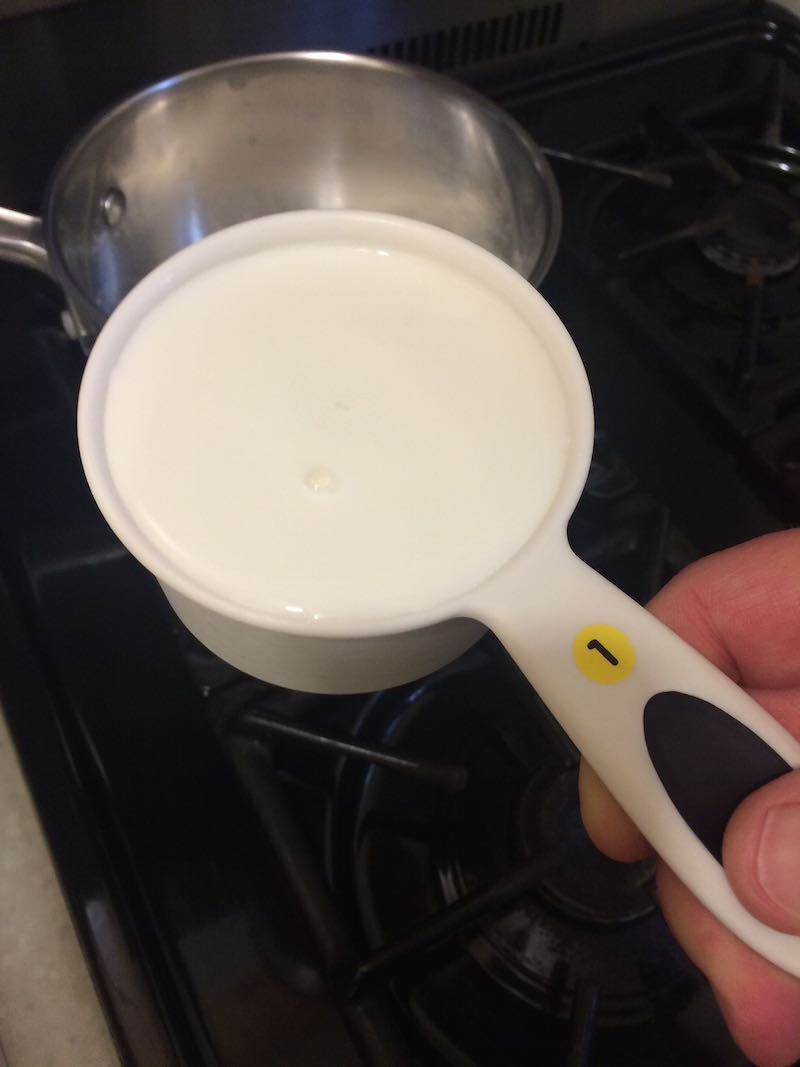 Stir that up and set the heat to low, we will flavor it up in a few minutes but it will take a while to thicken so it’s ok to get it started while we cook everything else.

Next you need to chop up some mushrooms and throw them on a skillet over medium heat. (I’ve done this with and without the mushrooms and it’s far better with.) Use more than you think you need and don’t worry about chopping them up too small, they will shrink as they cook. When they start to brown a little that means you are done, dump them into the milk mixture and stir it a bit to keep it cooking evenly. 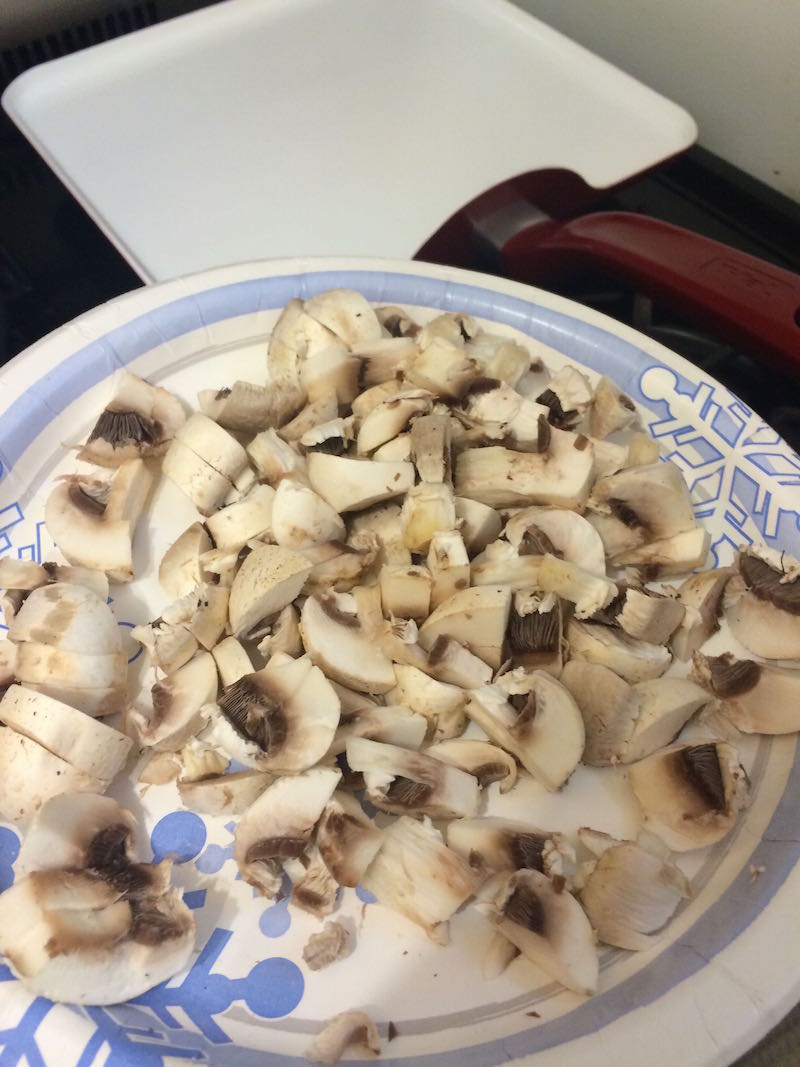 One thing to note, if your gravy is starting to clump to the bottom of the pan your heat is too high, it needs to simmer but it doesn’t need to burn. This isn’t a race so turn the heat down a bit.

Now you need to brown some sausage. This is the key to the entire thing and I like to use Johnsonville Brats for this part. Buy the uncooked ones and cut the casing off of two of them and you have the right amount of sausage. The best part is that they are already seasoned, but if you want to add any spices you need to add it to the sausage because the milk is going to remove any heat from any pepper that you add to the gravy directly.

Once your sausage is browned DO NOT DRAIN IT, add it to the gravy and stir it in. All of that sausage grease is going to add so much flavor to the gravy that it would be a shame to lose it. And don’t worry, as the gravy thickens it will absorb the good fats and add a bit of color as well. Remember, Andrew Zimmern says, “Fat means flavor” so go for it.

Now you need to start your biscuits, I usually buy them already made from my local grocery store because theirs are awesome! If your grocery store isn’t that great you can go with the canned ones or if you are really good, make your own from scratch. (I’m not that ambitious)

Keep stirring the gravy as it thickens and once it is thick enough for you it is ready to eat! You can refrigerate any that you have left over, it reheats well in the microwave. If you don’t like to wait for your breakfast, you should make the gravy at night so you can just reheat it in the morning. 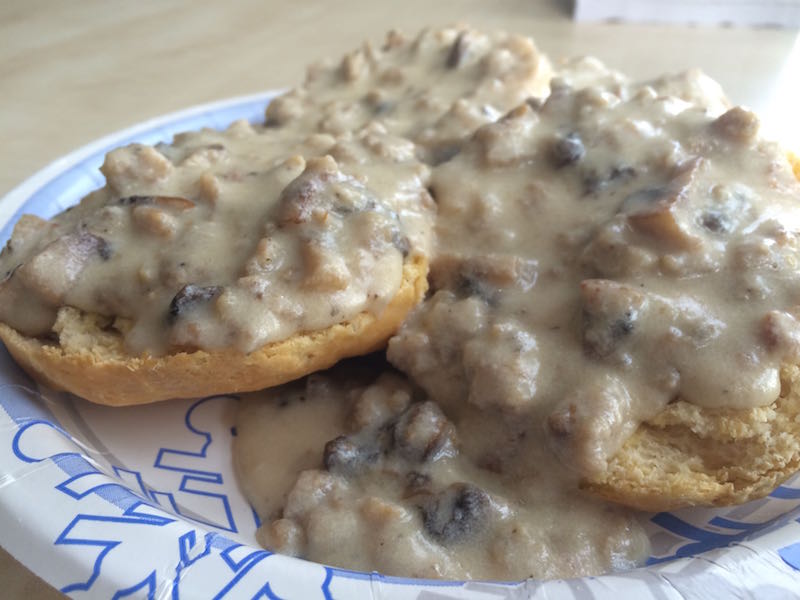