This was from that snow day we had back in February. The government was closed on Thursday AND Friday because of the snow and then Monday was President’s Day so it was one nice LONG weekend in Washington, DC!

We went out and played in the snow pretty early that morning. It was fun walking (trudging?) through the deep snow and laughing at James as he hopped through it. Every now and then James would trip and nose dive into the snow. He loved it!

Around lunchtime our neighbors were out building a snowman so we came out to watch. This snowman was very popular! Many people stopped to take his photo and as he melted people would fix his face and hat. Then when his head was just too small they made his mid-section his head. And eventually someone made just the bottom snowball his face. It was fun to watch him transform and it made us smile that people would stop to “fix” him. 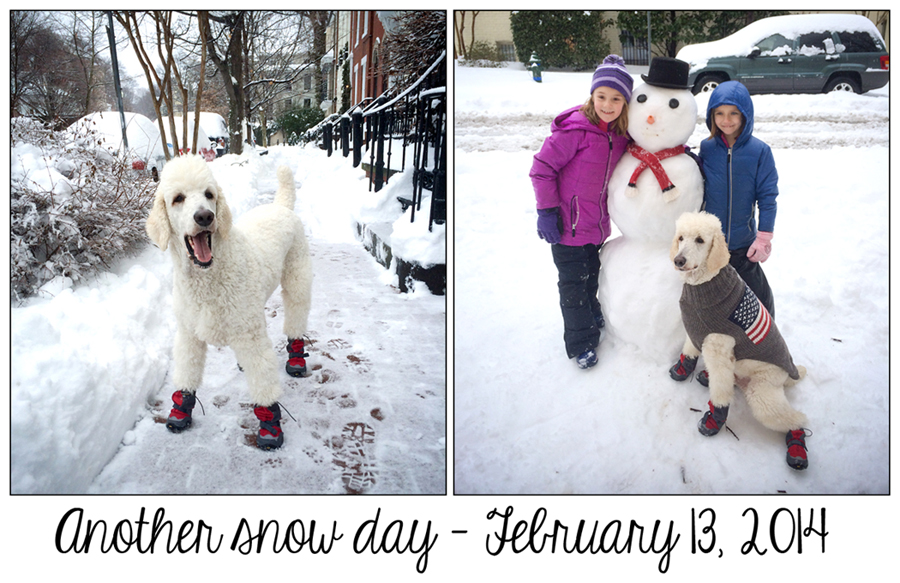