I saw this idea on Martha Stewart Weddings. It is a photo booth with a rear projection and props. You can change the photo since it is just a digital projection.

I really like the idea but I wonder if it really would be possible? You would need a large space to have a projector behind the screen. And you would have to keep that area curtained off. I love the idea of the props, too. But if only one scene was Portofino, Italy and you pulled the vintage Vespa in for that series of photos, how hard would it be to wheel it away for the next scene? Again the space is the issue I worry about – you would have to have a large space just for the props. But it is a really great idea! I would love to see this done in person and watch all of the logistics! 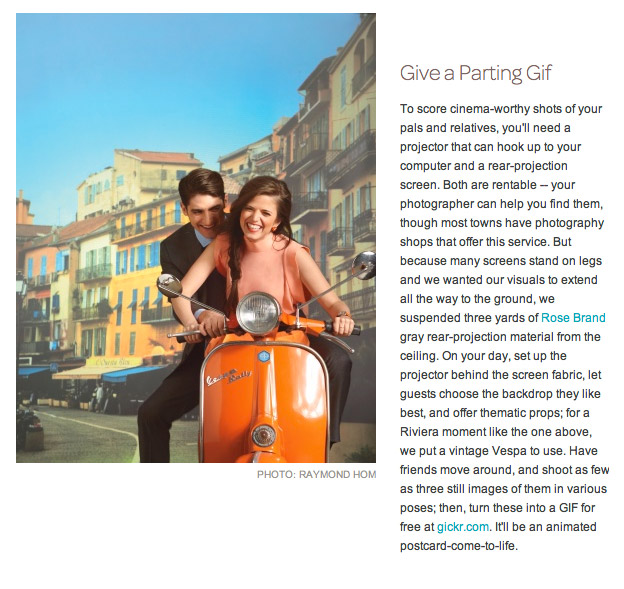