I usually don’t make a big deal of birthdays or anniversaries but this year I decided to be better about that. We started by going on a trip for our anniversary in December and then next up was my birthday in January. Well, I didn’t mean to schedule work on my birthday but it ended up happening (it was a Saturday this year after all). So I decided to order some flowers from one of my favorite florists, Lee Forrest.

I wanted something that smelled great and I chose stock flowers because I had received them many years ago as a going away gift when I left New York City.

But Lee added his art (of course!) and mixed in some Hydrangeas and small roses, too. Isn’t it gorgeous? 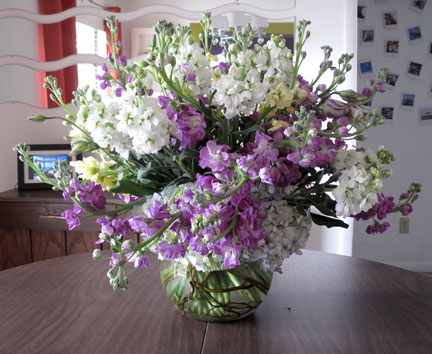 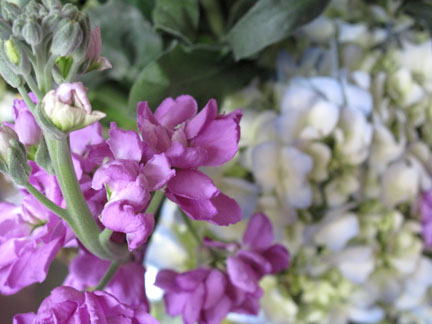