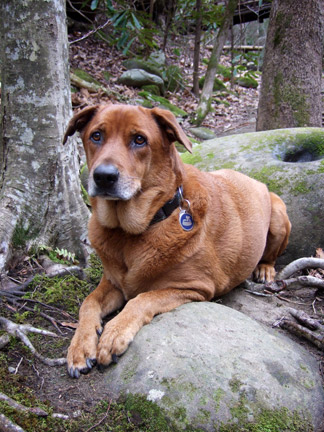 Our family is a little smaller tonight, we lost Duke this morning to what we think was the damage from the liver cancer. Late last night he came over to lay next to me and watched each of us for a few minutes. I think it was his way of saying goodbye.

This morning we woke up and he was just a lump, he couldn’t stand on his own and was just very weak. About 10:45 he had a seizure which began getting worse and worse as we rushed him to the vet. They did what they could but his blood test showed his liver was in bad shape and his pancreas was not doing well either, so as much as he fought he just wasn’t getting any better. The seizure took its toll on him too and that’s when we decided that we had done everything we could for him.

He was the best dog, he brought us so much happiness and we will never forget him.