We’ve had a crazy 7 days and I wanted to update our blog readers on what is going on with Duke. We are not sure where it all started, but the week of Thanksgiving we saw a flea on Duke and gave both him and Goblin a Comfortis pill. They don’t take them on a regular basis – only when we see fleas (which is rare – it has been months since we gave them Comfortis).

Duke started to lose his appetite after a week and we just thought it was a fluke. Then after two weeks he really slowed down his eating – even his favorite foods. We called our friend Lori that works at a vet office and she told us to call Comfortis. It is uncommon for side effects to last more than a few days (one of the side effects was lost appetite).

So after a few attempts of super special meals (cooked turkey, etc) we took him in on Saturday the 12th. His liver and pancreas levels were very high and we were sent home with a whole assortment of pills. We worked all day Sunday, but Chris ran home at lunch and checked on Duke and he seemed fine.

We had a beach wedding on the 14th (our 7th anniversary!) and we headed up to St. Augustine with the dogs. We were lucky enough to find a house on the beach that allowed dogs. It was a mini-anniversary getaway and work combined into one. Duke ate the first night, but he got sick after and didn’t keep it down. Then the next morning he was sick again – with no food – and all of his pills came back up. By that afternoon he was getting sick a lot – water and stomach fluids. He wasn’t looking good AT ALL so we cancelled the rest of our beach trip and ran him to our vet in Orlando. Good thing – his liver levels that were already high on Sunday had quadrupled from the already high level and he was not in good shape.

He has been on an IV at the vet ever since. Long story short – he had pancreatitis and they also found cancer on his liver and spleen. The outlook isn’t good. But we have hope that he can overcome the pancreatitis and come home to live a long life even if he does have cancer (the vet said this is possible). But we are also prepared for the worst.

A few photos from the past few days where we have visited Duke at the vet. We bought him a Christmas blanket, too!
I realized makeup doesn’t stay put with lots of tears! 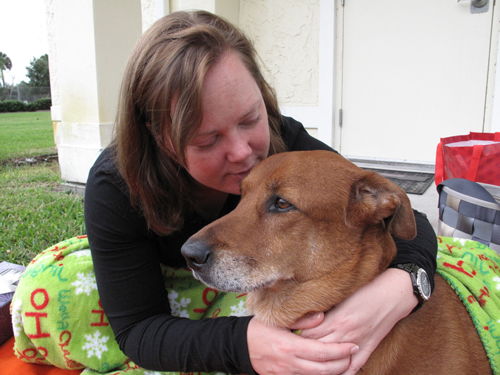 We brought their duck toy from when they were puppies – it used to be bigger than them! 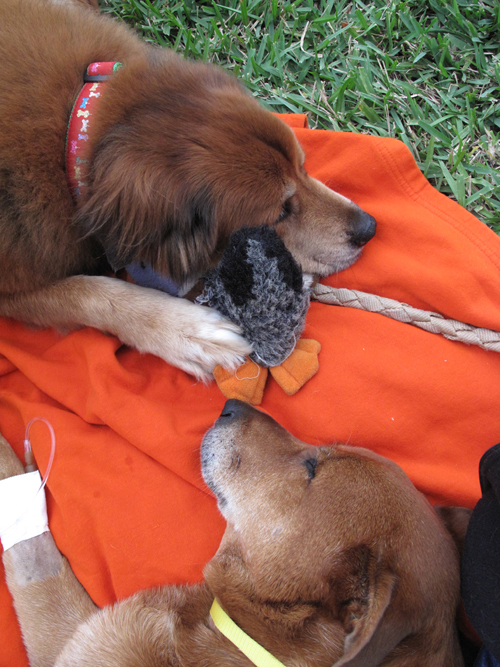 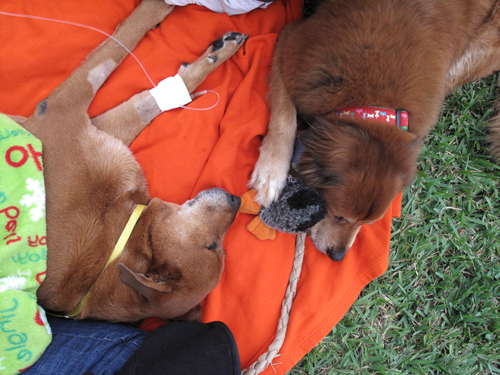 Once Duke was scheduled for the ultrasound he got a unique haircut! The ultrasound is what told us about the cancer: 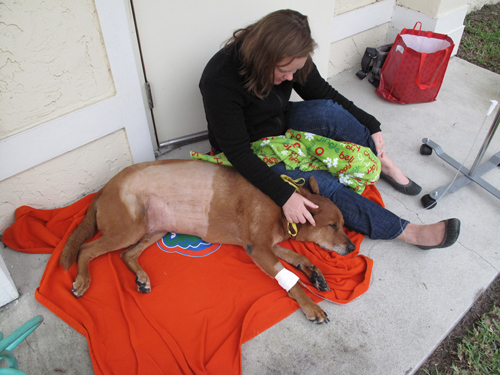 Chris and Goblin snuggle at home while we talk about our funniest Duke and Goblin moments! 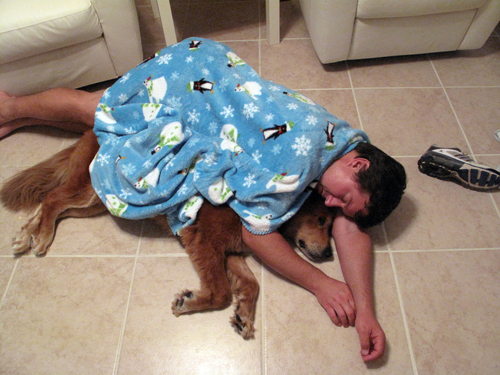