We were about to go ride bikes when Chris yelled “Oh no” with a sad voice. I asked him what it was and he said a Mockingbird had just been hit by a car out front. The other Mockingbird kept hoping around it as cars whizzed by. Chris ran out there to get it so it wouldn’t get completely run over and he was still alive. I thought maybe he had a broken back or something – he was just sitting by our front porch – closing his eyes a lot. Chris was getting a box for him and I went to get my camera, but as I went to walk inside – he flew off! Woohoo! So getting him out of the road hopefully saved him and his friend. I think he just needed to get over his shock for a few minutes!

I wonder if it was one of my 4 babies from earlier this year? 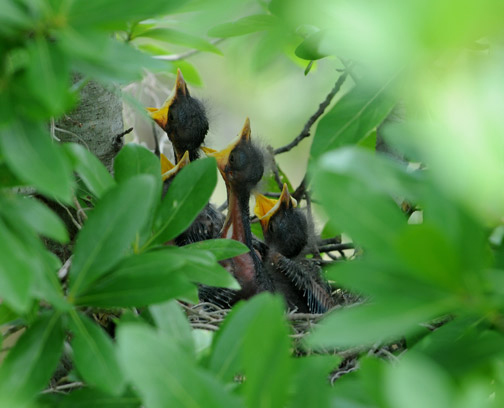