As promised – photos of my first attempt at a wedding cake. It is very ugly, but I am so proud of it! The icing was a simple buttercream – I think next time I will make a different version that has egg whites – this one was so much butter it was just mushy and hard to form around the cake. I attempted to do some lines around the mushy buttercream and that wasn’t so pretty. I am thinking about going and buying a stand mixer for the next attempt! I made a souffle last night and a stand mixer would have made it so much easier! Souffle pics later this week… 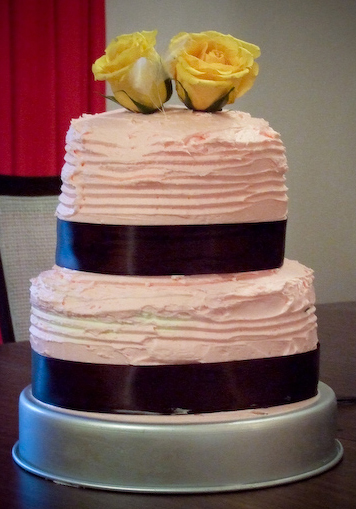 I am laughing since I know this is getting posted on the internet for all to see – yikes! 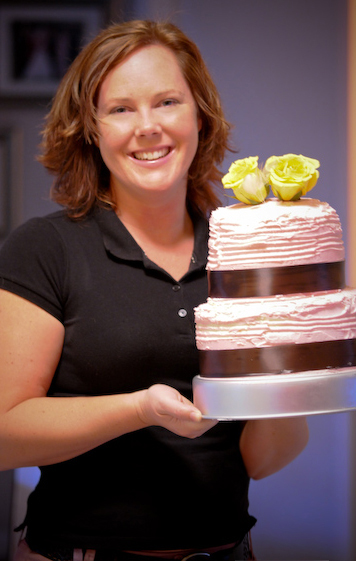 The inside icing layer is buttercream mixed with Oreos. It sounded fun. But then I realized the Oreos absorb the buttercream and it is more like mushy-Oreo-buttercream filling. I need to have a better plan next time! 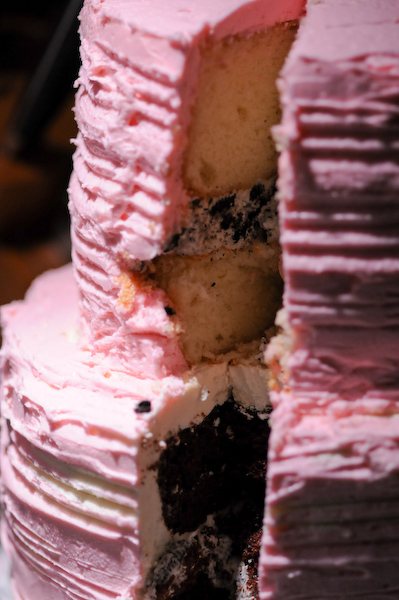