I was looking at the Bento Box pictures and other photos on Flickr that made me really wish we had a better Chinatown here in Orlando. I was thinking about the Bento Box idea a lot – and then on Monday we were downtown for a shoot and there is a new restaurant called the Bento Cafe! We have been there twice already and I love the Boba tea. Then I was going to run over to the only Asian supermarket I knew of in Orlando that is pretty small – but I decided to look online before I left and it turns out we have a HUGE place not far from our house! It is called 1st Oriental Supermarket and it is the size of a regular grocery store. They had so much – I went a little nuts buying stuff.

I didn’t take a picture yet – but the most “odd” thing I got was duck eggs. I’ll keep you posted on those.

They had a huge selection of fresh and live fish. Check it out: 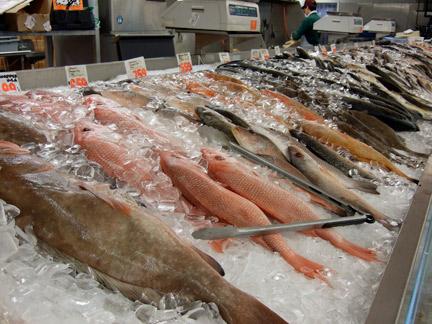 The selection of aloe juices was endless. I got one – not this kind though: 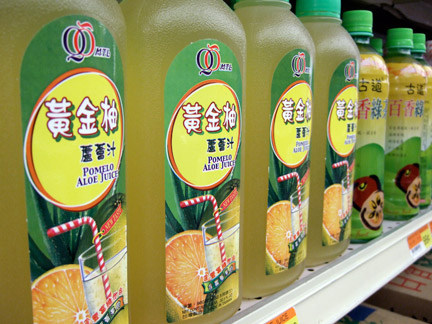 Would you drink this? 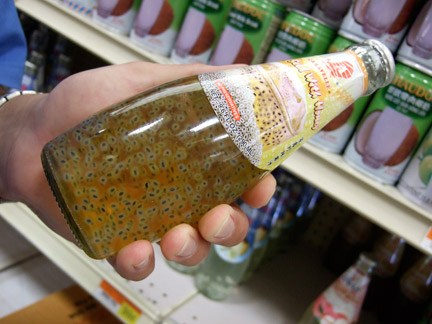 Lots of canned exotic fruits like Lychees, Mangosteen and Rambutan: 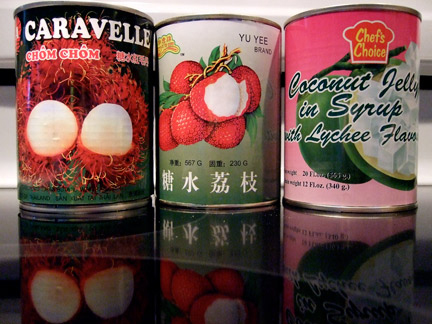 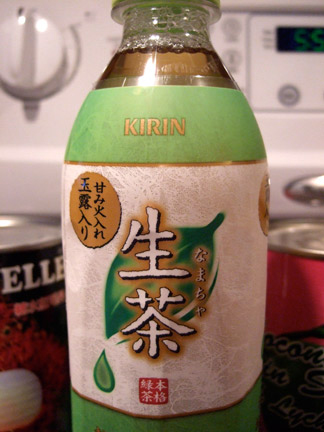 We had to try this instant sizzling rice: 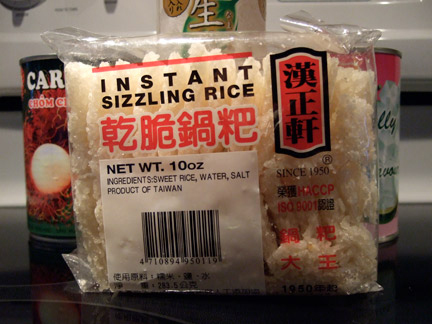 I was excited to make my own Boba or “Bubble” tea. Instead of the usual brown balls, I got these fun rainbow ones: 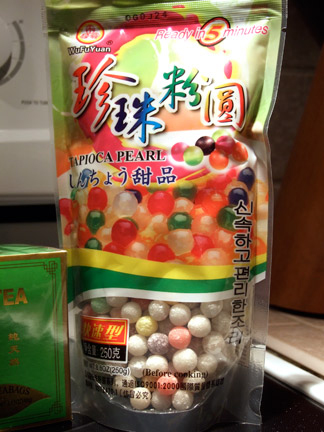 You don’t see them as well in the green tea, but they taste the same. Yum! 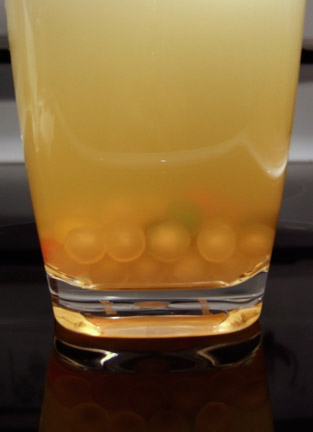 We also bought a Lychee tree for the backyard, some green tea and sweet rice. The sweet rice is soaking now – it takes 12 hours. We will have it for dinner tonight!